Tillandsias are bromeliads and well known as air plants. Old mans beard/Spanish Moss is a tillandsia - T. usneoides. It's found in Florida and central and South America, from sea level to over 3000 feet. It has tiny, light green flowers, which are slightly fragrant.

Like most bromeliads that are epiphyte, they like air movement and humidity surviving very well in moisture-laden air or arid conditions for those of that particular habitat.

I first saw tillandsias festooning power lines when visiting the Florida Everglades in the 1960's. There were so many; so it's quite possible the early Ford motor car featured upholstered seats made from this abundant free resource.
They regularly reproduce themselves, and form clumps which I think an admirable characteristic. They do flower, but not on a regular basis. When they have well and truly finished flowering, and looking somewhat tatty and the temptation to throw them out calls, have a look at the base and you might see a pup or two!

With over 500 species, 90 varieties and many hybrids this genus is by far the most diverse group of the Bromeliad family. It was established by Linnaeus in 1753 and named in honor of the Swedish botanist Tillands.

Species from arid regions often grow in clumps for mutual protection, have silver leaves and wire-like roots to anchor themselves firmly to rocks, cacti or odd trees. The scale-like leaves, called trichomes, absorb water and nutrients. They also protect the plant from excess evapo-transpiration as well as leaf burn caused by intense sunlight.

Apart from the initial awareness of these weird plants from the 60's, it wasn't until 1990 that I came across them again. And it was love at first sight! They were displayed, en mass, at Flecker Botanical Gardens in Cairns. I immediately bought half a dozen on their cork mounts, then visited the local hardware store to buy some wire mesh on which to hang them, and a water sprayer - Just like this presentation. My partner and I were travelling in a yacht. Before we left Cairns we'd acquired more from a grower, so that the cockpit of our yacht was fairly full of wire cages and delightful tillandsias that didn't mind the occasional spray!
Introducing these few from quite a large collection:
The tillandsia in the shell is T. complanata, and is quite different to the others with tender, green leaves that hold water. It is an epiphyte in forests from 800-3500 m and therefore needs semi-shade.

T. areanthos has recently flowered with beautiful pink and blue flowers It has very stiff, spiraling leaves. Called carnations of the sky in their native countries, they are rewarding and easy.

T. seleriana is a favourite. It is about to flower. Look at its determination to hang onto the bark. It's stem is moisture retaining.

T. tectorum is able to cope with full sun. It grows on roofs and rocks.

T. mallemonti has masses of sky blue flowers when it does flower, and is a Real delight as it waves about in the breeze - conditions it loves.

It helps to understand the habitat of bromeliads so that approximate cultural conditions can be provided.
The same can be said for most plants really!

T. geminiflora is from central Brazil to northeast Argentina. I remember seeing a soft pink raised inflorence, which is long-lasting.

T. gardneri, in a clump that I don't recall ever flowering, has soft, silvery, lepidote leaves. Lepidote means scale or scurf covering, like a powder.

T. cyanea is a popular pot plant, and isn't an epiphyte. You will all have had it in the past, and planted it out in the garden when it finished flowering. It's perfume is delightful. While it grows forgotten in your garden, it is multiplying and one day, in February I think, you will see a pink paddle with large purple petals.

You probably know that bromeliads only flower once. You might swear it's re-flowering, but it's an offset. Before mother dies, she'll have produced two or more pups. Those species that throw up an inflorescence only do it every two to three years. Neoregelias with water-holding centers usually Colour up every year.

It's very easy to get 'hooked on bromeliads'. 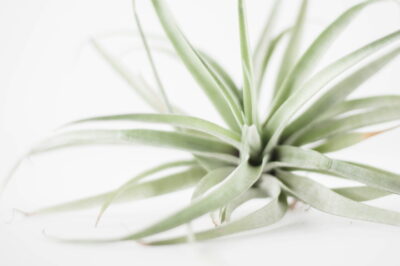