It could not have been predicted at our February meeting that in February and March the Northern Rivers would be inundated with unprecedented rains and flooding, the likes of which had never been experienced in our region previously.  Lismore may never recover, losses of homes and businesses unimaginable and life-changing. The overabundance of rain was certainly felt on all gardens!

At the Garden Club, Judy Baker and Fay Bogg were presented with life memberships – well-deserved rewards for the ladies in recognition of their many years of service to the Club.  On a very sad note, we saw the passing of our longest-standing member Daisy Dare.  Daisy reached the wonderful age of 101 and her absence from meetings will be felt.

The Club is still on a very good financial footing.  As there had been fewer meetings held in 2021 due to challenges caused by Covid-19, it was decided to carry forward the 2021 membership fees through to 2022.  When Anne Tubridy was unable to continue in her duties as Co-President, Vice-President Rosemary Edwards stepped into the position and proved to be a great asset in this job. Due to changes required by the NSW Govt’s Statement of Regulatory Intent, it was necessary for the Club to update its Constitution to current requirements.  The Christmas lunch for 2022 was held at Invercauld House in Goonellabah where 80 happy gardeners enjoyed the camaraderie of fellow members.

Garden visits were hosted by Susan Fitzpatrick at Alstonville, Carol Lea at Clunes, Suzy Johnston and neighbours (Andrew and Anna) at Cumbalum, Sue Barrett at Ocean Grove, Diana Harden at Cumbalum and Lauren Julian at Bangalow.  In August there was a bus trip to the Botanical Garden in Nerang – much enjoyed by everyone.

At the AGM in November, the following members took on Committee roles:

Our thanks to all of these members. 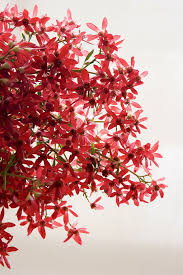