Sue’s Ocean Shores garden was started by her parents in the early 80’s and is on a suburban 800m2 block. At that time it was a bare paddock in what was the new Ocean Shores Golf Club started by Pat Boone.

Her parents took this blank canvas and created a garden.  The garden slopes from north to south and from west to east.  There is a centrally placed house and a pool at the lowest point. Native trees flank the north perimeter.  Rock retaining walls are at the bottom of the block and along the driveway as well as paving around the house.

Sue’s mother planted camellias, azaleas, citrus, buckinghamias, brachychitons, native frangipanis native rainforest trees, cycads and a feature poinciana in the driveway. The house was rented for 8yrs after her mother’s passing and the gardens greatly deteriorated.

Sue and her husband not only renovated the house but also the garden once they moved in.  They added more levels to the sloping block, extended pathways, reduced the lawn and culled the rampant growth.

Sue has used the design principles of line, shape, colour, texture, height, sight lines and repeat plantings.  She has also incorporated more native species both indigenous and from other areas.  She has incorporated a veggie patch with an inbuilt composting system.

Members enjoyed a leisurely wonder through the garden admiring the myriad of plants on show.  A lovely afternoon tea was had in the garden afterwards.  The garden is a credit to Sue, her husband and to Sue’s mother. 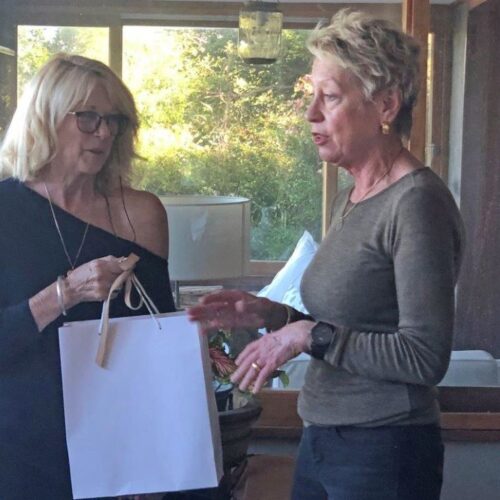 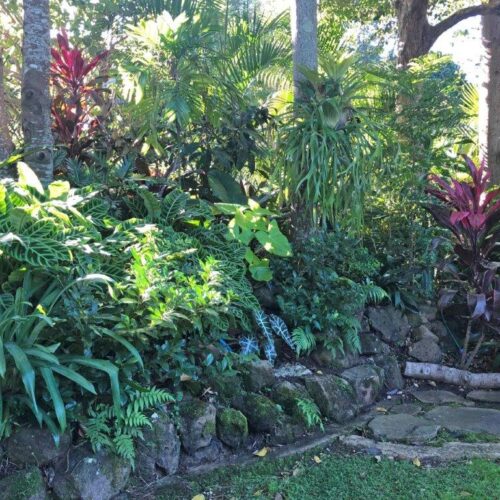 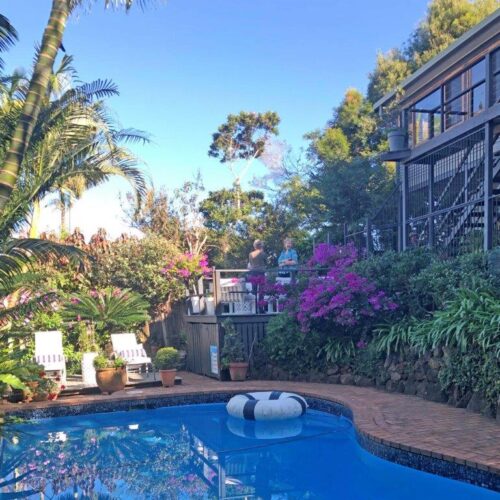 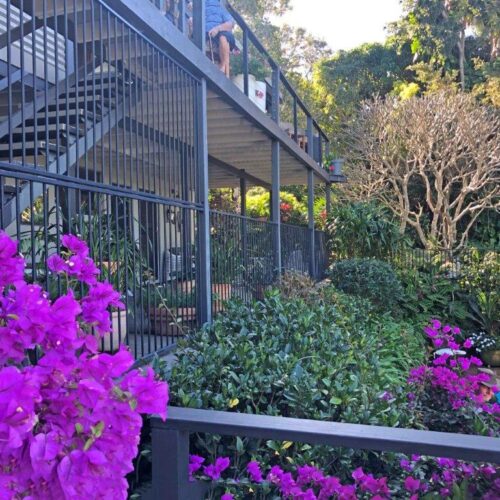 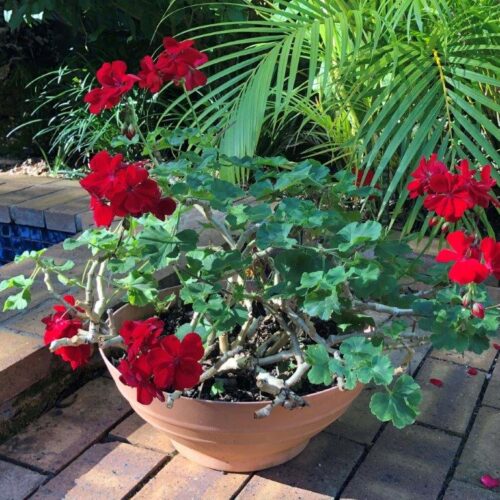 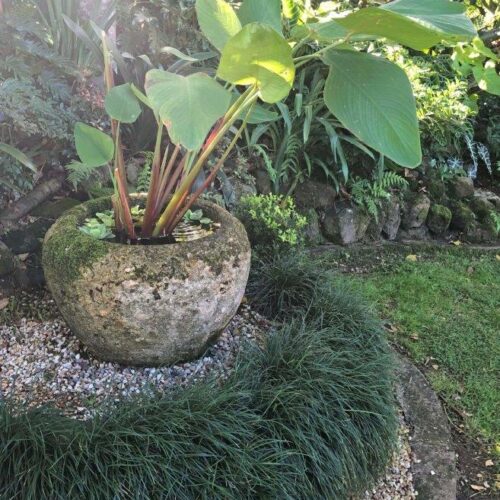 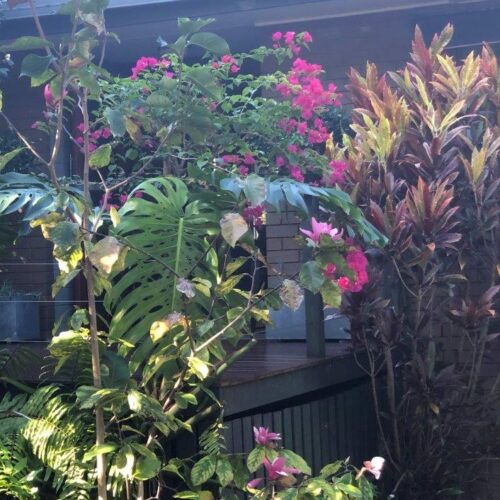 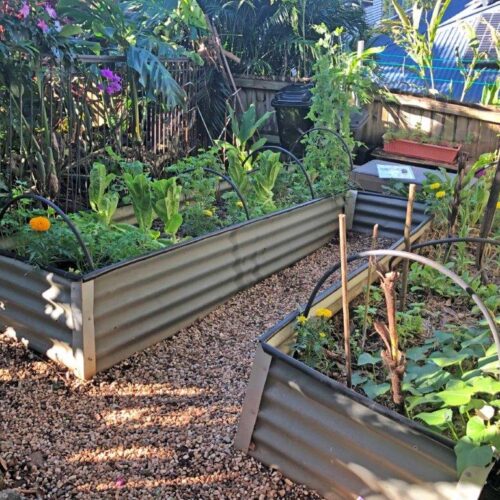 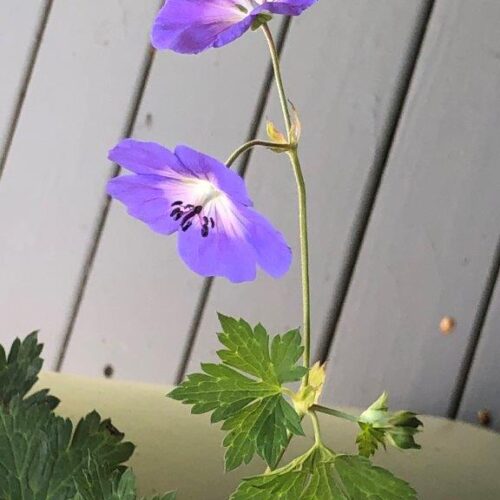 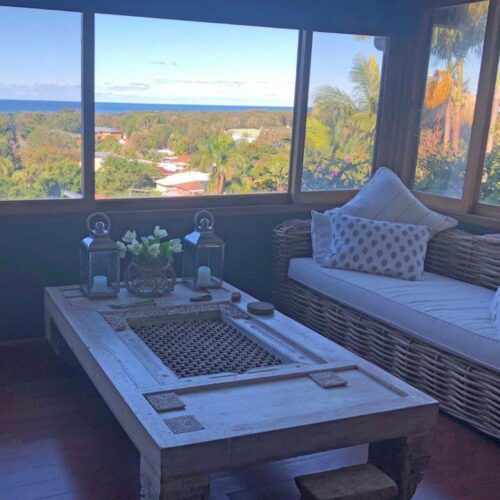 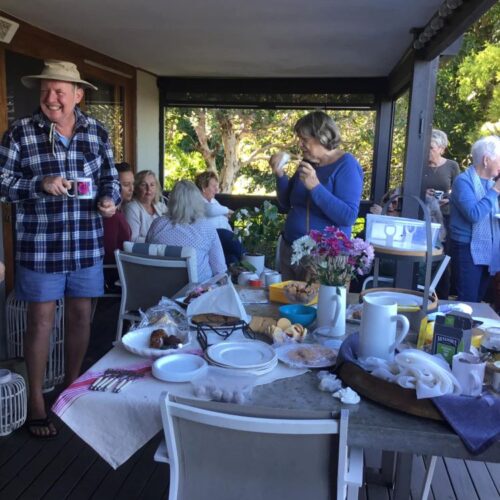