The May meeting was informative, interesting and enjoyable. The afternoon tea was spectacular…as is always the case.  We have such talented members.

Sadly our co-President Anne Tubridy had to step down from the role. Adelina put a motion to the floor to elect a new co-President.  She had selected Rosemary Edwards our co-Vice President to fill the position.  The motion was passed unanimously by a show of hands from the members.  Adelina welcomed Rosemary and was sure that she would make a very good co-President.

Life Membership was awarded to Fay Bogg a longtime member of the club who has made many contributions since becoming a member in 2004. She has opened her beautiful garden on several occasions but most importantly she has maintained our website and completely created the new website.  We think that it is a tribute to her. Adelina thanked Fay for her patience in tutelage as she handed over the maintenance of the website to Adelina (who has lots to learn).

Our guest speaker was our very own member Shirley Boyle who spoke about her memories of growing up in the Bangalow area and of its history.  She showed a range of photos and newspaper clippings of that time.  Her father farmed using draft horse.  Shirley and her siblings attended school in Nashua and boarded in Lismore. She spoke about popular events including the dances that were held in local halls and of the Rural Youth group whose members cooked, breed cattle and showed at the local shows.  Shirley told us that a huge tornado in 1964 did a lot of damage and some houses were never seen again.  We all knew what a good gardener Shirley was but we didn’t know that her garden won the Champion of Campion in the 2007 garden competition.  It was a very interesting and entertaining talk.  Thank you Shirley. 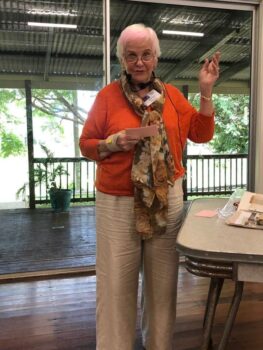 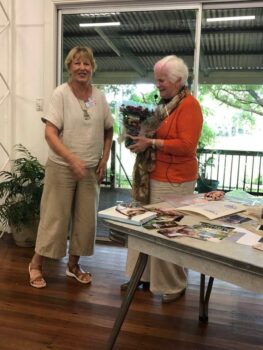