This month we visited the garden of Susan Dempster and David Williamson at Goonengerry. This is a surprisingly lush garden for its location on a fairly exposed ridge at a relatively high altitude (200m) for the area.

David explained the history of the house and garden. The house was originally a "Queenslander" transported down from the Sunshine Coast by the previous owners. It was one of the original sets for the Skippy TV series and some of the verandahs are recognisable on the Skippy DVDs. The previous owners were the founders of the Byron Bay Cookie company and the original biscuits were baked in a shed on the property.

The garden had a mixture of mature palms and a fairly dense understorey of bromeliads and other colourful sub-tropical plants. Of particular note was the avenue of Bunya pines down the roadside fenceline. There was a great network of paths through the garden leading to visual features of sculptures and ponds. 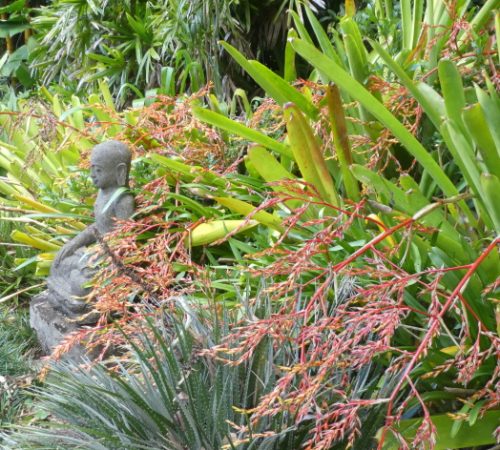 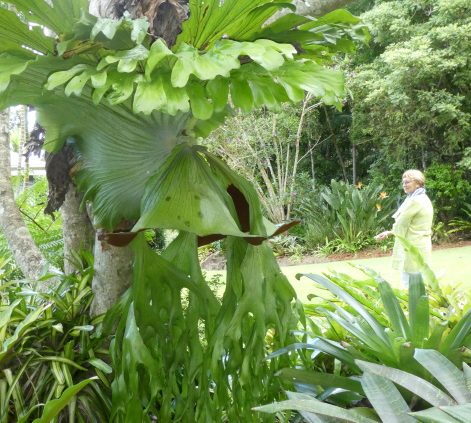 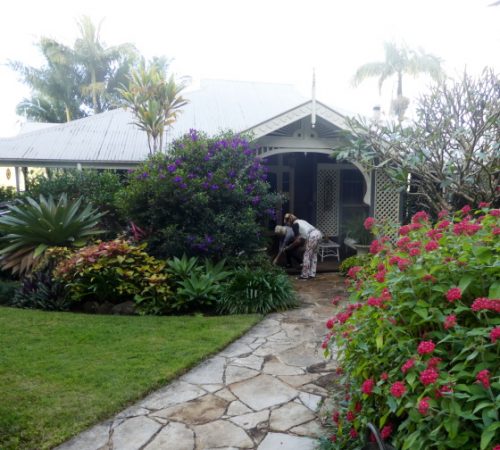 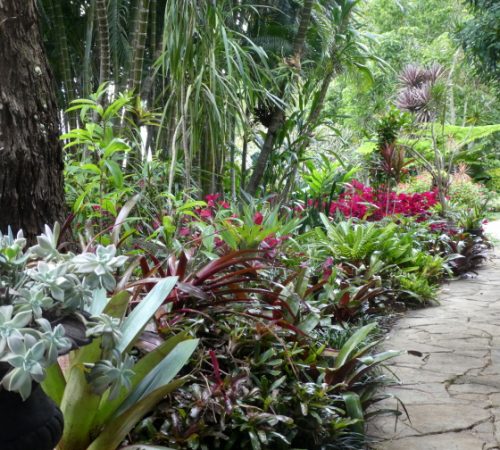 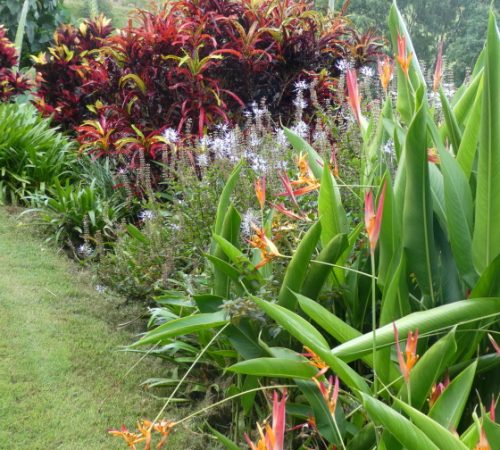 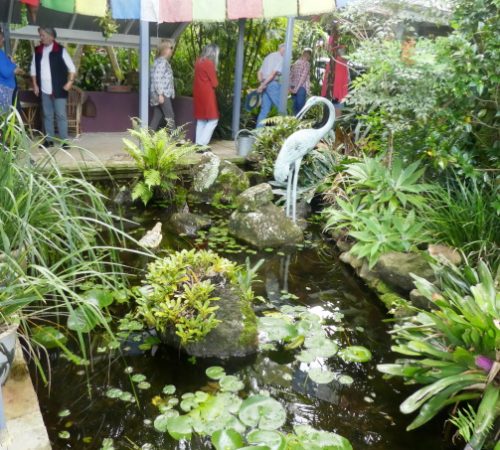 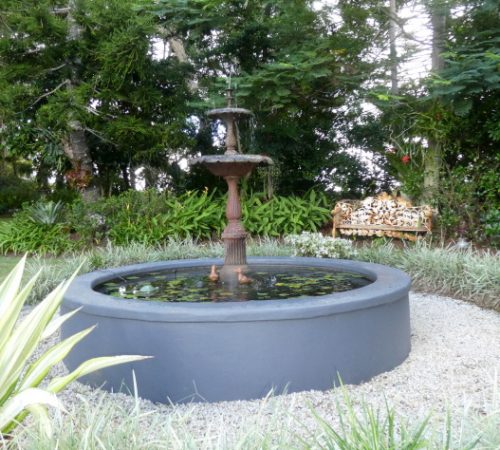 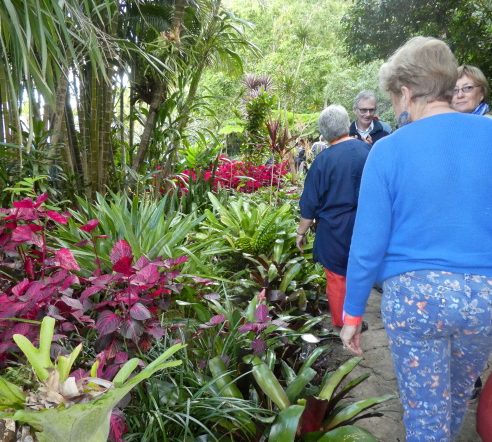 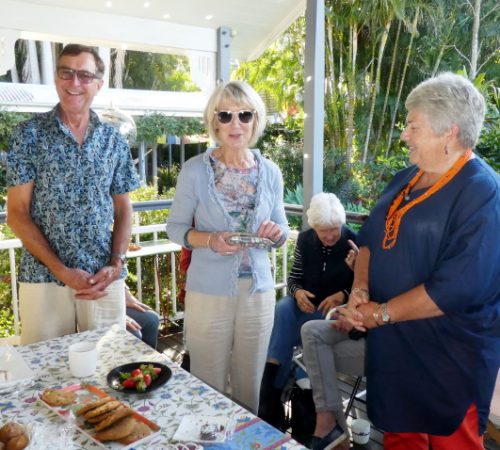 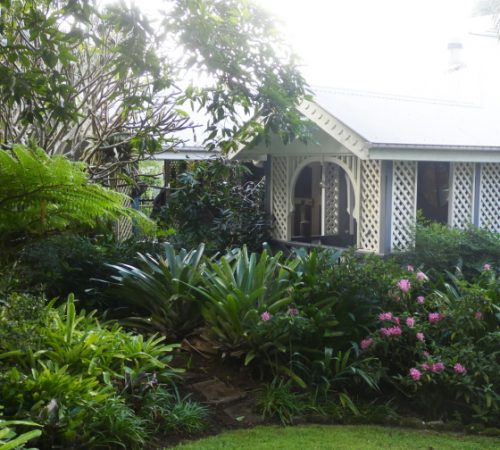