Covid Update (“difficult conversations”):  Mary Lou said that at the beginning of the year, after exploring several options, a decision was made to continue to hold meetings at the Moller Pavilion as it was the best and safest option.  However, it has a restriction of 85 people and so we were a little reluctant to take new members if we would not be able to fit them in.  So we made a decision to take no new members.

Patricia advised that the Brisbane Plant and Collectors Fair is going ahead at the Rocklea Showgrounds in Brisbane on Saturday 5 June.

Adelina advised that the website has been down due to problems with the service provider. Adelina will get together with Fay in two weeks to work out what we want the webpage to look like and its functionality, for example, to enable members to join and pay on line; members will be able to email through the web page; a forum to exchange ideas. This will take a couple of months.

Marie introduced Flora of the Month:

Margaret introduced the guest speaker, Stephanie Madew from Miss Tree Nursery in Rosebank.  Stephanie grows beautiful, healthy plants which she mostly sells at markets, but also sells from her nursery.  She focusses mostly on natives but also has some ornamentals as she feels there is always a place in the garden for ornamentals as they are just beautiful.  There are 250 species of grevillea.  Our area is probably one of the hardest places to grow grevillea because they aren’t very happy with humidity.  However, there are species native to this area.  One of them is grevillea massioni which is on the endangered list.  Stephanie showed an example of this in flower.  She is propagating a whole lot of these and hopes to have some for sale soon.  Honey gem is also a species which grows best in our area.  It can live up to 20 years.

There are so many grevilleas with so many leaf shapes, flower shapes and colours.  It is a beautiful, diverse plant.  Stephanie brought in dozens of specimens of grevillea flowers, some pure species and some cultivars, most in flower but also some grevillea leaves which are great in floral arrangements.  There are too many to mention individually but some of her favourites are listed below.

There are many cultivars in her nursery as these are easy to grow together.  There is such a diverse range of grevilleas that they attract a large range of bird species.  There is some talk that they attract the wrong type of birds but Stephanie suggests that if you have a range of different grevilleas this will attract many different birds.  In fact, she says, birds love them, especially brown honey eaters.

Grevilleas need pruning but it is hard to know when as they are almost always in flower.  Stephanie suggested pruning yearly in summer time.  Young grevilleas can be pruned hard but with older plants it is better to be more selective, more gentle.  Grevilleas need good drainage, a slight slope or mound is ideal.  The roots are sensitive and they are almost impossible to transplant.

Grevilleas are in the protea family, like banksias, and do not require fertilizing with phosphorus as they have their own nodes on their roots.  Stephanie said it is very important to only use natural fertiliser and definitely no fertilizer with phosphorus, eg chicken poo is not good.

Grevilleas are not very long lived but give you such a reward!  Stephanie suggests they live in the fast lane as they are so fast growing! They mostly last longer than five years.

As usual the auction was followed by a sumptuous afternoon tea 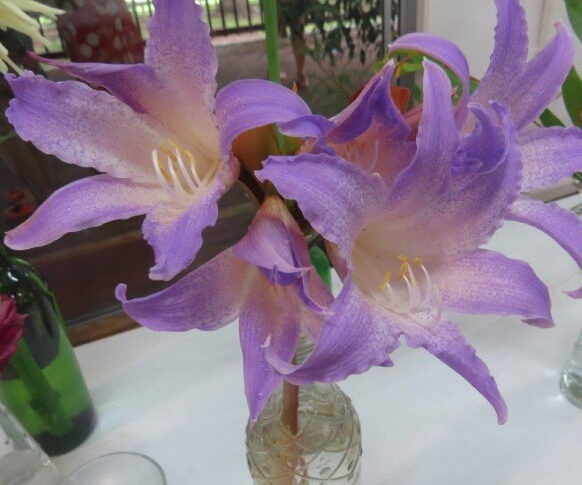 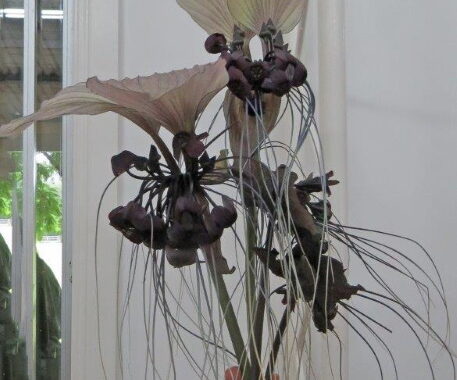 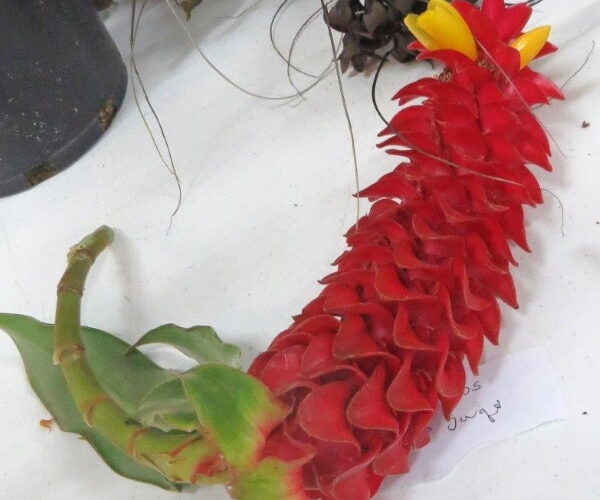 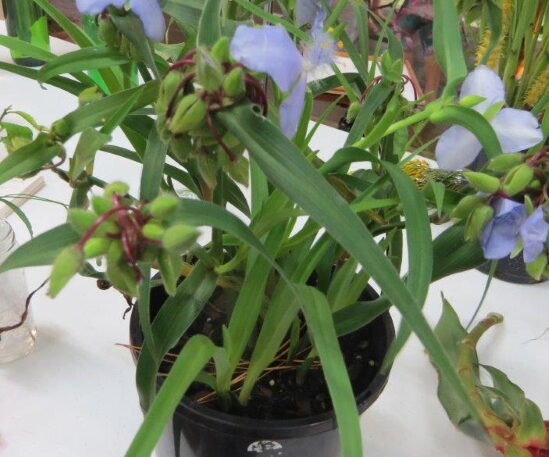 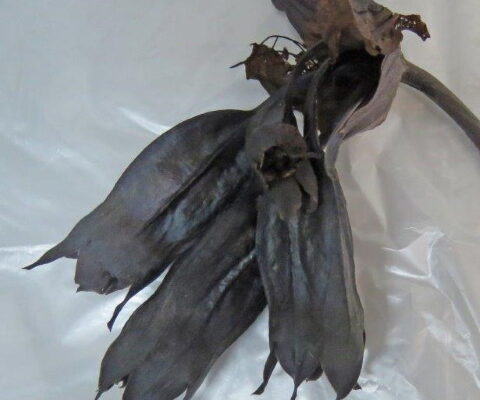 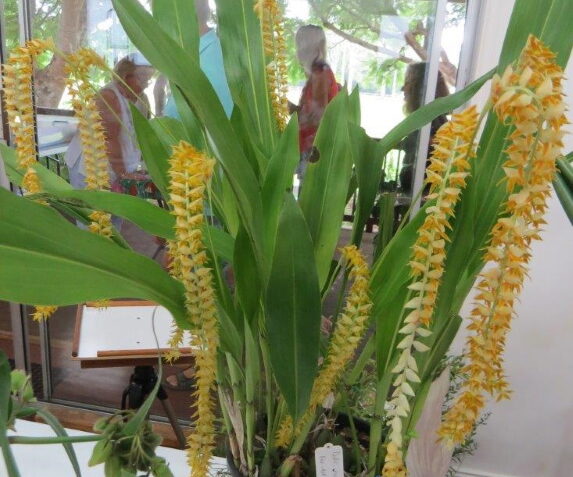 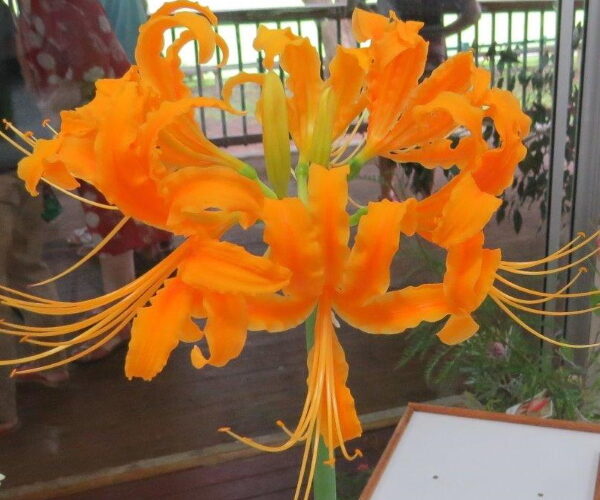 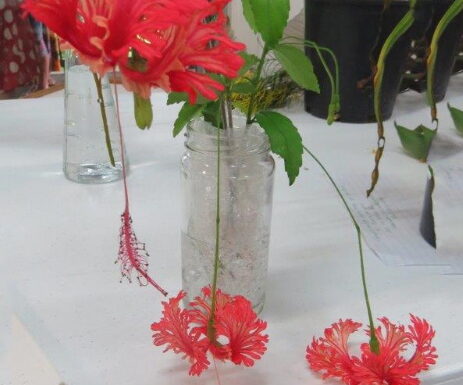 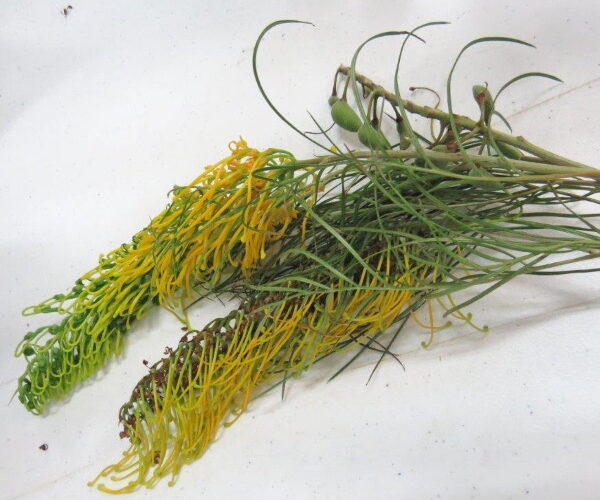 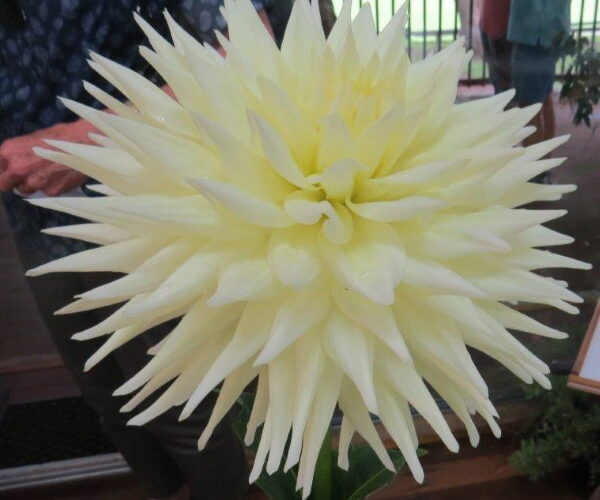 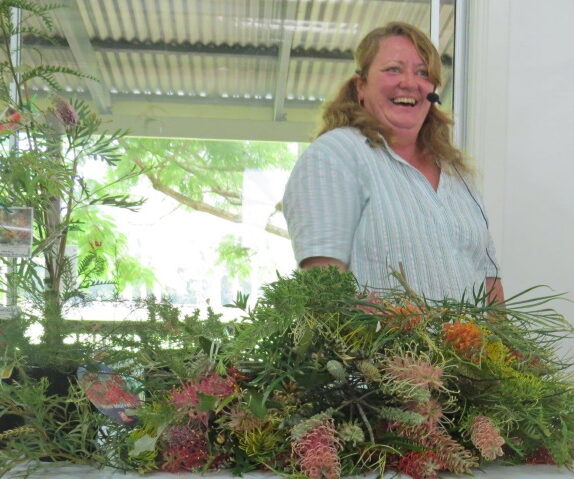